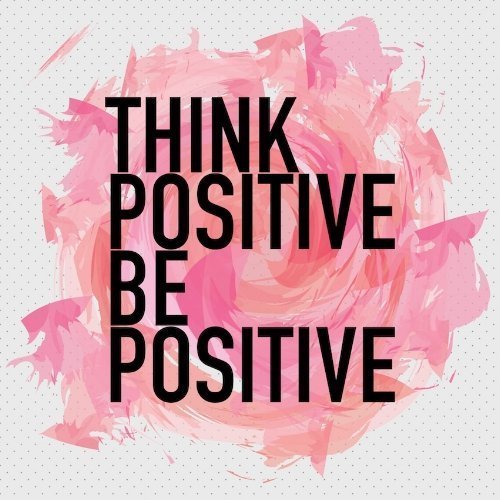 The power of positive thinking

Are you ready to be more positive? The good news is that you can take control of the negativity that is stopping you from being, happier, healthier and more confident.

How do you talk to yourself? One of the most important points to remember about turning negative thoughts into positive ones is to look at how you talk to yourself. We all talk to ourselves, it’s perfectly normal, but what words do we use? Once you think about it, you’ll realise that the words and language we use on ourselves are far more negative than those we’d say to anyone else.

Most people underestimate themselves. Do you? Maybe you believe something about yourself that isn’t just false, but is also damaging. Here’s a typical false belief from someone struggling to lose weight: “I’m just a naturally fat person; I can’t exercise, and I’m just too lazy.” Do you punish yourself like that? Ask yourself whether your beliefs are destructive or not.

Dr. Martin Seligman has done much research into what he calls our ‘explanatory style’. For example, after making a mistake, a person with destructive beliefs might say, ‘I’m so stupid, I always do that!’ Now, that’s a pretty harsh statement. It’s personal (I’m, I), and permanent (always). Whereas a person with more constructive beliefs – who may well be exactly as intelligent, talented and skilled as the destructive person – might say, after a similar mistake, ‘That’s not like me? I wonder what happened. I’ll do better next time.’

So, let’s say that here, our destructive person has underestimated their ability, our constructive person has arguably overestimated their ability. In both cases, they both believe a lie. However, the first will probably be paralyzed by her unkind belief and eventually will stop trying to achieve anything. The latter won’t be discouraged, will be more likely to try again, and be more likely to try harder. So, here we have two people with similar abilities who end up with two very different destinies.

If we’re going to believe a lie, doesn’t it make sense to at least believe one that supports you, rather than undermines you? Start paying attention to your inner voice and noticing what it says to you. Sift through what your voice says, and choose what you take; discard the destructive criticism and embrace the positive. Tell the critical voice to stop quacking disruptive thoughts, to: “Shut The Duck Up!” Or ask it for the irrefutable evidence to support its validity; laugh at it, imagine it talking in a stupid high-pitched tone; if you make it sound silly it’s nearly impossible to take what it says seriously. It sounds crazy, but it works. Think of it as making something scary sound silly, as making something dark sound light. You’re a lot less likely to be upset or unsettled by a silly-sounding voice; it doesn’t sound like it knows what it’s talking about, or that the terrible scenario it’s talking you into believing might happen has any chance at all. After all, if we can talk ourselves into feeling a certain way, doesn’t it make sense that we can talk ourselves out of it?

Here is the thing about being negative – we all experiences it every day and we are tested every day – we feel anxious, worried, frustrated and frightened about some thing or other and we just need to learn to deal with it.

When I am speaking to audiences or seeing clients, I hear the same questions arise time and again:

You see, everybody gets these feelings, but because it is something we seldom discuss, we all assume we are the only one. We wear a mask to hide how we are feeling from the world.

So let me ask you a simple question:

What is the opposite of negativity?

The answer will be different for different people because we all experience anxiety in a variety of ways, but the chances are, it will be along the lines of being calm, centered and focused. Have you ever heard the expression life is a game? On hearing this, have you ever felt like asking:

The truth is, this is yourlife, so youget to decide on the rules of the game. When we are negative this is driven by thoughts, and many of us are ‘thinkaholics’.

We are addicted to ideas and, in letting those thoughts take over, our negativity spirals out of control. And the more you invest in over-thinking, in anxiety, the more your brain sees it as what you are supposed to do.

It isn’t helped by modern marketing always telling us we aren’t good enough (and the only thing that will fix that is having the new model of TV or driving the shiny new car or wearing the right perfume).

Marketing is based on the simple premise that you can’t be happy as you are. Just imagine what your life would be like if you decided that your life as it is right now is just fine that you have everything you need?

So let me tell you this:

You are not your negative thoughts

They do not define you; they are just the layer between who you are – your essence – and the rest of the world.

The fact is, you weren’t born ready for this world. As a baby, you knew nothing, understood nothing and feared nothing. As you grew and developed, you picked things up along the way. You gathered up ideas through your childhood and mimicked others around you, and all these things are clinging to you like Velcro! Some of the most common basic thought patterns that drive negative are:

•    Self-absorption – the constant reflection on yourself and whether you are good enough.

•    Outcome obsession – the drive for perfection. Wondering if what you did in the past was good enough or concern that some future outcome won’t turn out as you want it.

•    Social comparison – when you come across anyone else and you wonder how you measure up.

These are driven by fear, worry and doubt and rooted in the very primal instincts of fight or flight.

In ancient times, negativity was there to protect us. If we came face to face with a large hungry tiger, we felt anxiety and that released adrenaline and cortisol to help us to either wrestle the tiger or turn tail and run (I know which one I’d do!!). The instinct remains, but the threat and the means of dispersing those hormones has not (yet). So how can you stop yourself feeling like this?

2.   The second, vital step, is to change how you think about it. When feelings of negativity arise what do you say to yourself? I can almost predict it will be something like “I’m anxious”. But in saying this, you are defining yourself by your feelings. You are not your anxiety. So, next time you feel anxious say, instead: “I am experiencing some anxious feelings”. Can you see the difference? In this way you are detaching yourself from those feelings, putting yourself outside them and allowing yourself to observe them.

3.   The third step is to take action to release the anxiety by dispersing the hormones that are racing around your body. The easiest way to do this is with endorphins – serotonin and dopamine (the so-called feel-good chemicals). So do something to make you feel good. Run, jump, skip, dance, sing, laugh… whatever gives you an instant hit of ‘happy’. Break free of your anxious cycle by doing things that you enjoy.

4.   Another way to release anxiety is to look up. When you are anxious, you look down. You put your head in your hands or you stare at the ground. So, by looking up, you feel the reverse. You feel positive and happy.

5.   Finally take control of your breath. This is essentialbecause your breathing and your feelings are intimately interconnected. If you are feeling anxious you breathe faster, so by slowing your breath down, it tells your brain that the danger has passed. Increasing the levels of oxygen in the system also helps disperse the adrenaline and cortisol from the system which is driving your desire to run or fight.

6.   Remind yourself that it is okay to feel this way sometimes and remember that you are not alone.