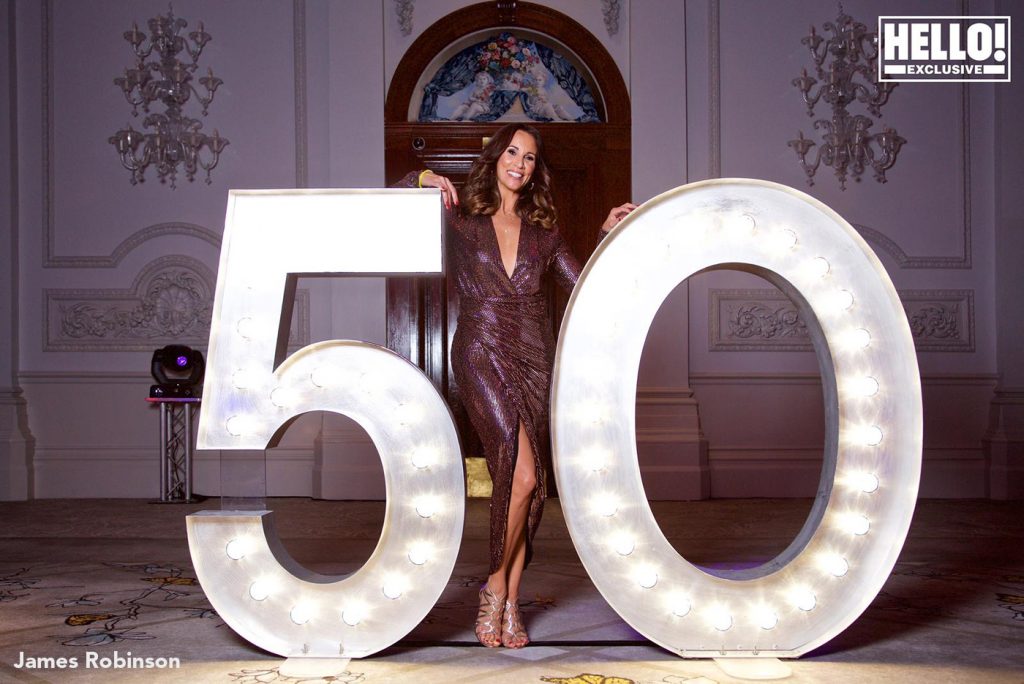 How did that happen?

First of all, I don’t feel grown up enough yet to be turning 50. Surely by now you’re supposed to have it all figured out, know where you’re going and how you’re going to get there? You’ve learned how to nail life – you’re at the top of your game professionally, financially secure, happy with your body and content in your mind, ready to take on the world with all the experience this milestone birthday brings – old enough to have years of experience, young enough to still have the energy to put it into practice. Oh, and of course by now you’re a fantastic parent, a fabulous partner, an incredible lover and surrounded by friends you’ve gathered around you through the decades who know you and love you more than your own family.

I decided to Google ‘celebs turning 50 this year’ and my laptop exploded with names of incredible girls on fire who are everything I listed above and more. Jennifer Aniston – one of my favourite actresses who also looks like she’s great fun at a party. Jennifer Lopez – who just weeks ago strutted down the Versace catwalk like a boss. I have watched that walk a hundred times and I am still bowled over by her sass. What a woman! Darcey Bussell, Tess Daley, Catherine Zeta Jones, Gwen Stefani and Cate Blanchett are just some of the women reaching their half-century with stellar careers, awards and life experience under their belt. All still knocking it out the park and going for it, whatever their chosen ‘it’ may be.

I dressed up as Coco Chanel for @su2cuk ’s trailblazer shoot because she never gave up in pursuing her goal of being THE fashion pioneer of the century. We have to be relentless to beat cancer, and we need your help! #StandUpToCancer with me right now. Visit su2c.org.uk.

A few months ago, I was asked to do a photo shoot for Stand Up To Cancer and dress up as anyone in history who I thought was ‘trailblazing’. I decided to dress as fashion designer Coco Chanel, because she was a pretty formidable woman who didn’t take any shit when it came to getting what she wanted, wasn’t afraid to speak her mind and refused to be put off her vision by anyone or anything.

She also seemed pithy and witty which I like, and anyone who reclaimed the colour black as a chic power statement rather than a declaration of mourning is a hero in my book.

I arrived at the studio and was sent into make-up, emerging an hour later bedecked in a wig, powdery face and rows or pearls, boxy jacket round my shoulders and square sensible heels on my feet. I looked like a wealthy lady-who-lunches. I realised then that the Coco I was looking at in the mirror was probably around the same age as me, but this was how she would have seen it portrayed – strong, capable, intelligent and, yes, taking no shit, but fiercely middle-aged. And yes, that was a deliberate ‘but’.

Her vision of feminine capabilities and strength was of course influenced by the world she existed in at the time, and it was a subtle rebellion. She made clothes that were comfortable for women to wear as they weren’t constricted by corsets. By taking elements of menswear and converting them into the beautiful tailored collar-less jackets and little black dresses that have since become so iconic, she allowed women to feel powerful and comfortable, dressing to please themselves rather than how a male-dominated society demanded of them.

Fast-forward eighty years and our vision of how a 50-year-old woman looks and behaves is very different. Yes, we can now do and be whatever we want, but there is still that little caveat that comes with it.

Jennifer Aniston pointed it out in interviews this year when she was asked about her upcoming birthday, reflecting that every compliment is always followed by “…for your age” as if there is some kind of unseen, unwritten time constraint on skillset and beauty. The accolades that flooded in after J-Lo’s Versace strut were peppered with the same.

To those of us hitting our middle mark, watching these trailblazing women with a similar birth date raises complicated emotions. On the one hand, I’m so impressed by them; their beauty, their cellulite and wrinkle-free bodies, and the fact that their neck doesn’t fold like a battered accordion when they look down. They are like goddesses.

If ever there was a walking, talking embodiment of a girl on fire it is THIS GIRL! @jlo closing the @versace show in a recreation of the dress she wore 20 years ago, SLAYING IT at she sashays down the catwalk has made our week. 50 years old, strong, curvy, bold, confident… we could not love her more. #thisgirlisonfire #sashay #fashion #jlo #50

On the other hand, when I look down at my dimply and scarred stomach I despair that I’m not doing 50 ‘properly’ because I don’t look like them. There are millions of women hitting this same milestone whose success is not judged by the smoothness of their skin or tautness of their thighs, and sadly they are much less likely to be lauded than their equally talented ,but more genetically blessed, counterparts. The fact that Google has page after page of photos of glossy film stars hitting this milestone age, but you have to dig pretty deep to get information on anyone who is a trailblazer in any other field, shows that even search engines have a skewed view of what ‘inspiring 50 year old women’ means.

As I hit my mid-life (and that’s if I live to a hundred, which sounds great in theory but in practice I’d prefer to shuffle off while I’m still able to pluck my own eyebrows) for me 50 means being a mixture of all of these things.

I am going to be all of these incredible women rolled into one ‘me-shaped’ form. I’m going to raise a wry smile at my detractors like Jennifer. And I’m going swoosh my way down the catwalk of this, my second act, like the Queen of strut, J-Lo herself.  I’ve even started going to strutting classes – yes, they’re actually a thing, and they are FABULOUS! I am terrible at it, truly truly awful, but I really don’t care, because that’s another brilliant thing that happens when you turn 50 – something clicks in your brain and you don’t give as many shits about what people think, and whether you’re any good at something or not.

Maybe we’ve all a bit of Coco in us after all, and like a slow-burning super-power it just takes half a century to appear. Happy birthday to all of us 50-year-olds, may we all be all be girls on fire in our own uniquely wonderful way.