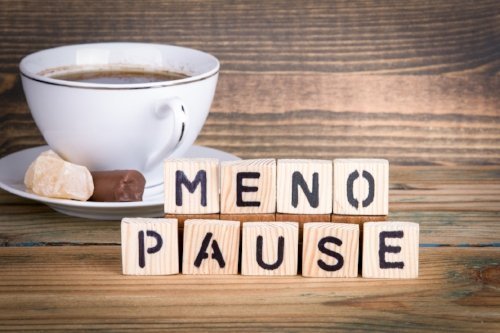 Who doesn’t love a café? The smell of freshly made cake, the waft of ground coffee, the bang and clatter of the barista… all these things have a comforting normality to them. It feels safe in a café, the warmth and smells and noise have a comfort to them, something that plays a huge part in our subconscious, making us relax open ourselves up to conversation. Even difficult ones.

The Menopause Café isn’t a place, it’s a movement, and was started, almost accidentally by Rachel Weiss, a warm and engaging woman from Perth in Scotland. “Cafes are places it feels normal to go to, and chat. We are all very comfortable going to a café, and we want to make this a normal topic of conversation” she says.

The menopause may be a hot topic now, but it hasn’t always been this way, something Rachel is keen to stress. “If I had done this ten years ago, it wouldn’t have taken off so much. Something has changed, and I think one of the biggest changes is that celebrities, women whom we admire, are showing vulnerability, and that’s endearing.”

So how, and why, does a woman, who isn’t even going through it herself, decide to start a Menopause Café? And what does it even mean?

The term and its ethos, is taken from Death Cafes, created by Jon Underwood, as a place where people could meet and discuss this difficult, some would say taboo, subject. Rachel was already running these, and so the format was already there. What brought the idea about doing the same thing, but for another seemingly taboo subject – the menopause – came after Rachel watched the Kirsty Wark documentary ‘Menopause And Me’.

“I thought ooh, I’m bang on the average age for the menopause for women in the UK, 51, it’s gonna happen! They say death and taxes are certain, menopause is definitely certain!  And I don’t know anything about it. Before I had my first period, I had some idea, sex education, I knew something about it, pregnancy, I had some idea what was going to happen…” But when it came to the menopause? “Radio silence. I think I’d heard about hot flushes, in passing from friends, but I didn’t even know what the other symptoms were. I’m a bit of a control freak, I like to know what’s coming, I know nothing can really prepare you, but something is better than nothing. So I thought, let’s create a space where anybody – men and women, young and old – can just come and talk about the menopause. They can ask questions, they can tell stories, they can moan, because these conversations are not happening, and what I hoped was, that if we can created a safe space, a Menopause Café where people can talk, then they might have the courage to go into the workplace and tell their male boss aged 28, because at the moment I don’t think most women even mention it.” As a leadership coach (Rachel is the co-founder of Rowan Consultancy), making the workplace a supportive and more productive place is what she does for her day job. That includes finding the best way to deal with difficult issues, such as the menopause. “There is a model in business,” she says, “that you have to be a hero, be invulnerable. To be a leader is to not show any weakness. But things are changing. People are changing, they are admitting they have vulnerabilities, but can still lead. There is something curious about why things have changed, and why celebrities in particular are opening up, but when they do so, they are leading the way for other people to put their hands up and say ‘I feel that way too’”.

In the workplace, it’s vital that the menopause is normalised, and Rachel is pleased that organisations such as the police are now looking into modernising their attitudes, and giving women access to what they need – whether its fans, changing the fabric of their uniform, or just being able to say what is happening to them – just as they would if they were pregnant.

“If you think, about it, all women will experience the menopause. And most men will live or work with women who are experiencing the menopause, so it’s really important that men know about it.”

That’s at work, but what about at home? If the only time the menopause is spoken about in public is when it’s poking fun at sweaty women fanning themselves in supermarkets, then men are hardly going to best equipped to know what to do when their partners behavior starts to change. Talking, Rachel insists, is the only way to get over this.

“How many divorces happen, I wonder because of it? Because neither the man nor the woman realise it’s not her fault, she hasn’t gone mad, it’s just a phase. So I think if men know – because it can be really hurtful for them, why she doesn’t want sex any more, and as a result of that doesn’t even want any hugs or cuddles, he, or she, whoever their partner is, can feel completely neglected.”

So what happens at these café gatherings? And who turns up? “The majority of women who come are in their late forties up to sixty. But I really enjoy women in their seventies coming. It is lovely to hear their stories, and see they are having a thriving life. It gives hope.” And younger women? “Sometimes we get women in their twenties, they’ve come to help their mum who is too scared to turn up. Anxiety, and social anxiety is a huge part of the menopause.”

The women (and the few men) who turn up, buy their cake, their tea or coffee, they circulate, and talk about the menopause. That’s it. It’s not a support group, something Rachel is really keen to stress. It’s on their website too; it’s important to know what the café isn’t as much as what it is. It’s not for profit, and isn’t a place to get specific information about the menopause. It doesn’t ask for a course of action to be taken, a conclusion to made, or endorse any products. It’s just a place to meet, and talk, with no agenda other than normalizing something that just isn’t spoken about openly, but is a natural part of a woman’s life.

What started off as a chat in a café in Perth has now become an international operation, with the first Menopause Café held in Toronto, Canada earlier this year, an upcoming one in Alabama, and excitingly, a film crew from Brazil booked to turn up at a café in leafy Ealing in London. Where would Rachel like to see the Menopause Café pop up next? “I’d love to see one in Perth, Australia,” Rachel laughs. “Then I’d really feel like we’ve come full circle.

From the Highlands of Scotland to Down Under Australia? That’s not a bad circle at all.

For more information on the Menopause Café, and for everything you need to know about hosting one of your own, go to https://www.menopausecafe.net/