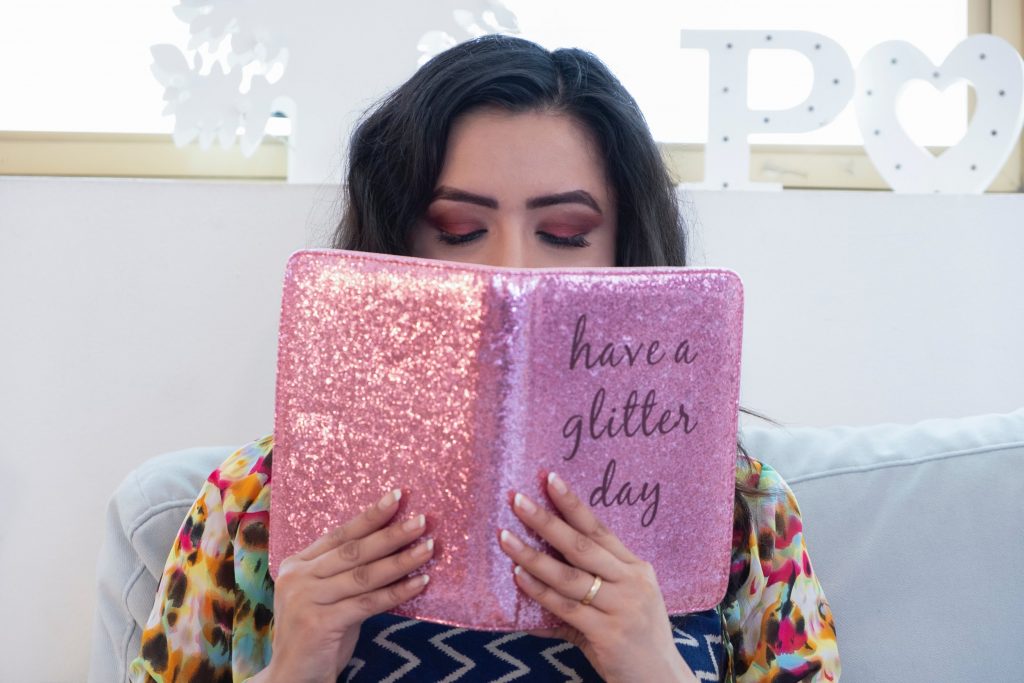 Try to generate positive daily habits. This sounds obvious, but you’d be surprised how many of us have negative behavioural go-to’s – usually involving thoughts that come in an endless loop, sending our brain into a whirr about every conversation we’ve ever had, a comeback we never made, a scenario that should have gone differently…

That thing you do? That’s a habit. So, why do we have habits? Interestingly, considering that most of the ones we have involve thoughts whirring round our head, habits are there so that we don’t have to think. We brush our teeth, drive our cars, make a cup of tea, all without giving much thought to how we are doing them – they are habits of action that are ingrained in us. But we can also have habits of thought, and most of the time, those thoughts are negative. So how do we change them?

Don’t go on a spiral in the shower about what you should have said or what you would say if you were brave enough. Give yourself a couple of minutes to internally vent, then move on. The best way to do this is not to think ‘stop thinking that’ because we all know that the second you are told NOT to think of something it’s all we can think of.

Give yourself something else to think about instead, replace it with something productive and positive, so that eventually the negative chatter dies down. Things like: ‘what three things do I want to achieve today, how am I going to do them, and how great am I going to feel once they are done?’ And I don’t mean ‘don’t forget to buy potatoes and book the kids’ dentist appointment, how can I squeeze in going to Tesco’s in among everything else I’ve got to do, and how the hell can I finish all that by tea-time?!’ That’s just a different kind of negative chatter.

It calms your mind and gives your brain a well-deserved rest. And most importantly it gives you a well-deserved rest – from yourself. It only takes ten minutes, and if you don’t have a spare ten minutes in the day, then you are more in need of meditating than you realise. You can do it anywhere – lock the bathroom door if it’s the only place no one will bother you. Do it in the car before you rush for your train in the morning. Do it on the train if you get a seat. Just do it.

It’s full of bad news which is depressing, seeping into your brain and flagging up internal warnings of ‘this is awful – fight or flight!’- which is what our ancestors used to do when a woolly mammoth was charging them. Nowadays there are very few woolly mammoths, but our brain and body react in the same way every time something that makes us feel bad pings onto the tiny screen in our hand. It might not even be the news; it may be yet another pouty selfie by someone who seems to have a much better life than you/figure than you/more everything than you. You don’t need to see this, and it’s all nonsense anyway. And if you head down the slippery slope of checking your posts for likes and comments every two seconds, then you are yet again sending signals to your brain to brace itself for either disappointment or conflict – you may not get as many thumbs up as you wanted, and some people might react negatively to what you’ve sent into the ether. None of these things are going to make you feel good.

4.    If you are going to use your phone, look at or listen to something that makes you feel good, makes you laugh, is interesting – or all three.

There are some great podcasts out there that are perfect for passing the time, even if that’s all you want from them. I love listening to people’s life stories, I find them interesting and sometimes I even learn a thing or two, but other times I just want some comedy and banter to take my mind off the day I’m having.

All of these things make me feel good, and not like I need to grit my teeth and brace myself for a horrible response to something I’ve said, or a picture I’ve put out. It gives my overactive brain a break by giving it something positive to focus on.

Even if it’s just for a walk round the block, and even if it’s raining. My friend’s mum used to say ‘there is no such thing as bad weather, just bad clothes’ – and she was right (mum’s are always right). Chuck on a jacket and get out there. The house will survive for ten minutes if you leave everyone to it and give yourself a chance to breathe.

Leave your phone in your pocket (if you must take it at all) and just walk. Look up. Breathe. Take big breaths, not your normal shallow, this-gives-me-just-enough-oxygen-to-survive kind of breaths, but really big ones. You might even feel light-headed, which proves just how rubbish the rest of your breathing has been and how much you need this. I promise you, by the time you get back home you will feel much better – even if it’s only because you’re relieved that you don’t have to do any more bloody walking.

You see? There’s always a positive side…