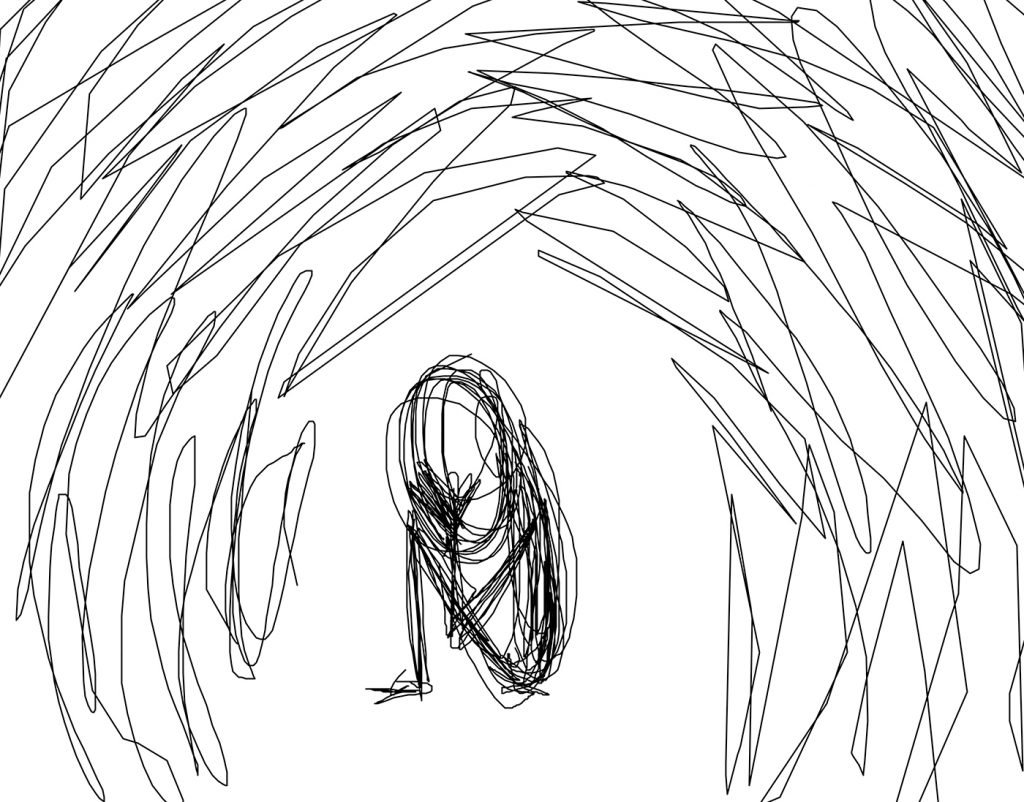 Navigating my way out of the Piccadilly Circus tube exit I’d used twice a day for almost two years, the foggy haze started to flood my brain again. It was the day before I was signed off work for six weeks, diagnosed with depression, and I was still adamant that there was nothing wrong. If anything, a little stress. But who isn’t stressed these days?

The fogginess had become confusion, and the familiar footsteps of the morning commute were now a slow-mo film reel playing tricks in my head. I felt drunk. Hazy. Completely out of control. And it was terrifying. My childhood seemed a fairytale to some. My parents are still happily married 43 years later. I’d never known heartache or true earth-shattering trauma. Not really.

I attended my first funeral at the age of 31 – and that was for my grandfather who died at the age of 97, the morning after his 70th wedding anniversary, after a long and fruitful life.

“Your journey here, to me, is absolutely textbook,” the CBT therapist told me days later. “Your belief system is that everyone you love will be okay. They break bones that heal. They die when they reach almost 100. It’s lovely, but it is unusual.”

So it’s no wonder that “depression” was such an alien word to me. Sure, you can have all the happiness in the world and be faced with the same diagnosis. But I’ll admit, I was totally ignorant to the notion.

According to WHO, around 300 million people globally are battling depression. At its worst, we know it can result in suicide. It doesn’t discriminate, affects all sexes, all ages and all races. So, why is there such a stigma attached to it? And why was I perpetuating that? Depression was an alien word for Rebecca

Nine months prior to the fog, I’d faced the worst few weeks of my life. My older brother’s daughter, just eight months old and the first baby in our family, had hip surgery to rectify dysplasia from birth. A week later, my younger brother was rushed to hospital and diagnosed with an aggressive brain tumour. A week after that, my grandmother died (albeit aged 97).

It comes in threes they say.

My niece was fine and recovered perfectly.

But my little brother, my best friend and the healthiest person I know, just 29 at the time, had suffered three major seizures and an MRI scan showed he had a tumour the size of a golf ball on the right side of his brain. The months that followed were a foggy autopilot blur of brain surgery, seizures, radiotherapy, chemotherapy, a funeral (my grandmother), picking my parents up from rock bottom, navigating a managerial role at work, a 4-hour round trip commute, my teenage sister waking to check I was still breathing in my sleep, unimaginable sights on wards and the kind of fear that makes you sick to your stomach.

In fact, for a while sickness, rashes, tiredness, hair loss, weight gain and aches pains began to eclipse my everyday. Until, so I was told, I ignored all the signs and my own brain decided enough was enough.

Oddly, it was when everything seemed to be “good”, and settled down. I had nothing to be sad about. My body was keeping me going. My brother was doing well. And yet, I couldn’t shake this confusion.

For a long time, I felt so incredibly selfish. Here was my brother going through hell with a brain cancer battle (he has since fought and kicked its butt). Now I know – you can’t see it – but it doesn’t mean mental health isn’t an illness. I went back to work. I got promoted. I called and rode in the ambulance when my brother had a horrific seizure that landed him in a coma. My hair grew back. My brother found out he had a son, who has become my new weekend buddy.

I got through it by being honest about how I was feeling and speaking up. I didn’t feel embarrassed anymore and the fog gradually subsided.

In truth, I know now that I didn’t think I deserved to be depressed. How could I when I’d never encountered heartache or trauma? How could I when as a single 35-year-old, all I have to worry about is fending for myself – no children to feed or partner to support. How could I when I wasn’t the one undergoing any kind of surgery or facing fear.

I can’t change the way I grew up and maybe I’m “hashtag blessed” to have made it to where I am – these being the only battles I’ve faced. But I’ll always be proud of getting here – whatever “here” is.