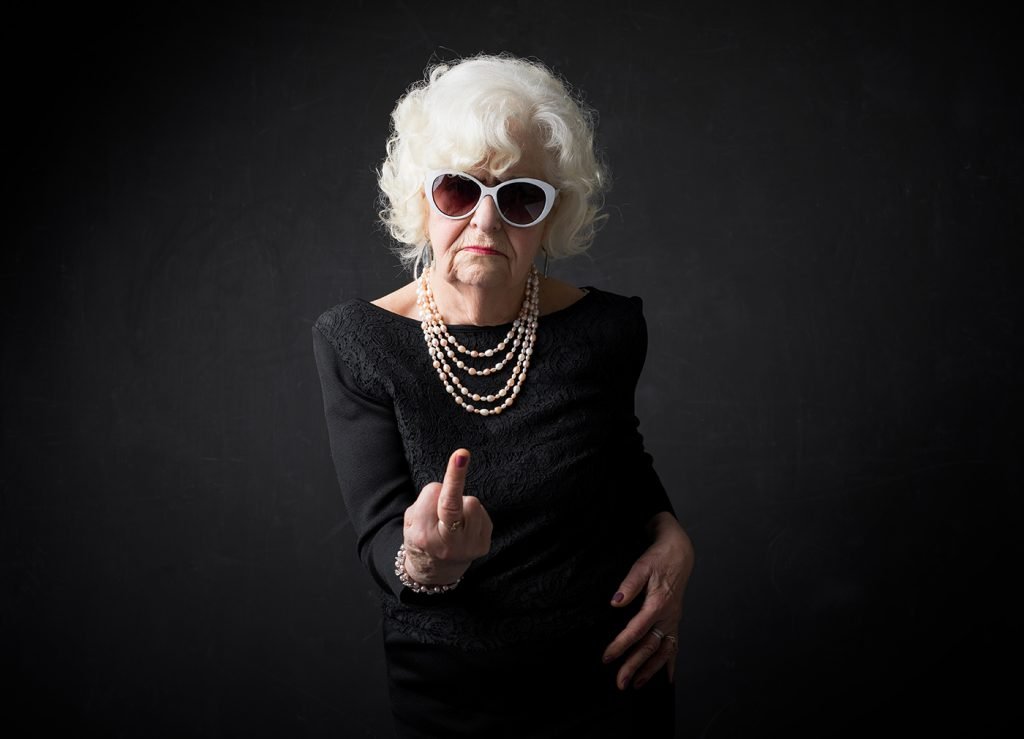 Going through the menopause is a bit shit but it is better than the alternative! Without being too maudlin – getting to an age where you experience it is a privilege denied to many.

I have decided to celebrate instead of moaning about my lot. I have developed a ‘Fuck it!’ list. Everyone has heard of a Bucket List – things to do before you die. Usually quite big things like jumping out of a plane over the Grand Canyon. Or hiking up Machu Picchu. Or volunteering to count frogs in Costa Rica. But a ‘Fuck it!’ list doesn’t have to be anything major – just things you always fancied doing but kept putting off without really being sure why.

It can’t be things like losing weight or drinking hot water with lemon every morning or anything like that. The test is to put ‘fuck it’ before the thing you are going to do. You wouldn’t say “Fuck it I am going to eat 1000 calories a day and drink 2 litres of water for three months” but you might say “Fuck it I’m getting my belly button pierced.”

Now, with more of the runway of life behind us than in front of us – has there ever been a better time to say fuck it? To face people who sneer – and say I’m going to do it anyway! My first ‘Fuck It’ came when I went to get a new car. I am a sensible driver. I’ve always had a wee car – cheap for petrol, low tax, low insurance – but I was passing a showroom and a bright purple Lexus sports car was in the forecourt. I went in. Two litre engine. Leather Seats. Purple. Did I mention purple? I love purple. And I thought – a wee test drive wouldn’t do any harm. And I just though Fuck it – I am having it. 9K more than I can afford but fuck it, I WANT IT. And I got it. And I love it. My colleague calls it a clit extension, as opposed to the male equivalent of a dick extension, but do I give a shit? No – I LOVE IT.

Then I was on a roll. I always wanted bright red toenails and fingernails but never got them, and I suddenly remembered my lovely Granny saying women with red nails were whores. Has that stuck in my mind? But she also said that I’d go deaf if I had a bath when had my period and that wasn’t true, so fuck it, an hour later I was driving my purple sports car with lovely red talons. A tattoo is next on the list. Ten years ago I collapsed as my guts burst through my chest wall – it was like something from Alien. I was in Barcelona and rushed into emergency theatre to have my chest ripped open and everything crammed back in and stitched back up. I have little memory apart from the surgeon saying to my friend “If we do not operate now, she will not last more than a few hours”.

I have a massive scar as a result. I’m not ashamed of it – it’s part of me and without it I would not be here and it reminds me of the kindness of family and friends (and strangers – I will never forget the loveliest Spanish girl who put herself out to translate, sort insurance, sort flights, visit me, reassure me and so much more when she had only met me a few hours before). It reminds me of experiencing vulnerability for the first time. I like bluebells and bumblebees lots – so am playing around with a design – the scar will be the stalk of the bluebell. Someone told me I need to think about what it will look like when I am 80. If I get to 80 I won’t give a fuck what it looks like to be honest – and I doubt anyone else will give a shit either.

My fuck it list is growing – I want to sleep outside one night under the stars. I want to go up Calton Hill at sunrise and have Bucks Fizz as I watch the sun come up. I want to go to Iona and out to Fingals Cave. I want to sit on the beach at midnight with a Glayva and ice and listen to the waves. I want to ride on the back of a motorbike along a coastal road (almost sorted that one – just getting a helmet because I’m just practicing being wild at the moment and one must be a little sensible). It is a continually developing list – it will be updated, rejuvenated – a bit like myself.

Oprah Winfrey says that the menopause is a moment to reinvent yourself after years of focusing on the needs of everyone else. And who are we to argue with the lovely Oprah? Kim Cattrall says the menopause is the start of the next fabulous phase of our lives. I mean ‘fabulous’ might be a bit much, but I get the general concept.

So let’s raise a glass to the women who never made it this far and let’s do one ‘Fuck It’ thing just for them, because if they could give advice they would tell you to have as many ‘Fuck it’ moments as you possibly can.

PrevPreviousMy life with a snorer
NextThe challenges of married lifeNext