Skip to content
PrevPreviousNew year. New normal.
NextSee you at the barre!Next 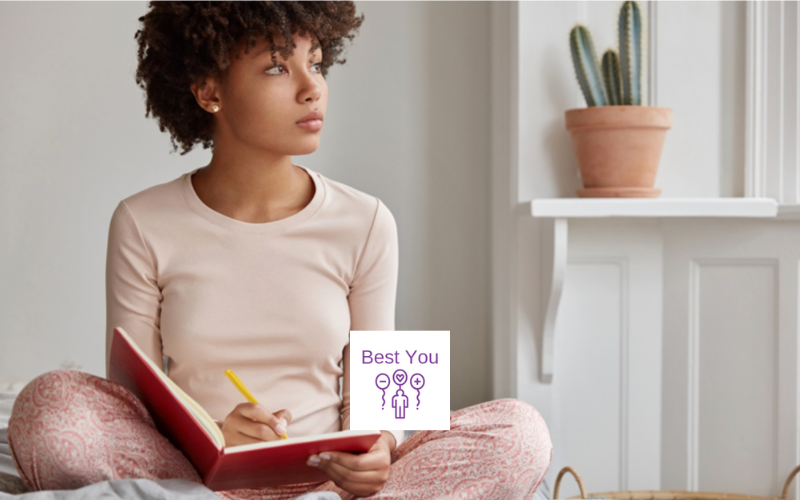 Take note: How keeping a journal is my release

I have kept a diary since I could form over-sized scrawlings with purple glittery pens. I am pretty sure my first one had a lock on it; the kind with a spindly little key that couldn’t keep out a gnat, but I was convinced would keep my mum’s curious eyes ‘out’ and my deepest thoughts and musings ‘in’.

What did I write about? God alone knows, and I certainly can’t remember; probably what I did at school, what I got up to (nothing daring, trust me) and how my dreams of appearing on a talent show as a roller-skating duo with my best friend Richard were coming along. Britain’s Got Talent may not yet have been a twinkle in Simon Cowell’s eye, but Richard and I dreamed of spinning and twirling our way to the dizzying heights of the finals of ‘Best Village’ to the strains of Donna Summer. Yes really. Later on, my diaries would be filled with long, angsty ramblings about unrequited love, some of which may have concerned Morten Harket from A-ha. Then, as the glittery pens became biros and my handwriting became neater, the outpourings became less breathy and star-struck, and more about the issues I was facing in my actual life; being bullied at school to the point where I was too scared to go in. I didn’t want to tell my parents in case they made a fuss and made things worse, so I poured it all out into the pages and slid the book into the depths of my bedside drawer.

I took what was happening to me in real life, changed the names and details and gave it an ending by writing it as a short story, and sent it off to London, to the offices of every teen’s favourite magazine at the time Just Seventeen, where they published it as a double-page spread. I didn’t know it then, but journaling was going to change the course of my life.

Through my twenties, I went backpacking round the world, through India, Asia and Australia, and filled notebooks with descriptions of everything I saw, did, felt and experienced. This was pre-internet; there was no such thing as blogging or vlogging, everything had to be written down by hand. I suppose I could have lugged a typewriter around with me, but rucksack space was pretty limited and a notebook took up way less space.

Any photos were taken with a camera, printed in shops and then posted home in parcels with my notebooks, along with ticket stubs, leaflets and postcards. These notes would become the articles that started my journalism career; my first non-fiction published work was as a travel writer. They helped me get into journalism school for my post-grad, move to London, and start a career that has so far spanned 25 years. In my thirties, my journals became my first autobiography Confessions of a Good Girl,  which became a Sunday Times Number One best-seller. In my forties, keeping notes and writing a journal about my experience of having a hysterectomy became the best-selling Confessions of a Menopausal Woman.

Of course, I didn’t put every single detail of my life in these books; not all of it is interesting – a lot of what we go through in our day-to-day life is pretty mundane. But some of it can also be pretty dark, too dark for the rest of the world to see. Not every diary or journal will make it onto the printed page because that’s not the essence of what journaling is about; we don’t write thinking that one day our lives will make it to print.

We write to get things out of our heads and out of our heavy hearts. It is a release to get them down, to get our experiences out of us somehow, onto a trusted page that won’t judge our actions, or the actions of others towards us.

Sometimes there are things we experience that we can’t tell others, for many reasons, and that’s where the act of writing it all down comes in. It’s been medically proven that writing, real writing with a pen onto paper, releases chemicals in our brains that make us feel better, that we have offloaded somehow. That information may never reach a therapist’s ears, but the release is the same – we have said it, we have let it go.

I came across some of my old diaries recently as I was having a clear-out. I found them in a box, stuffed away behind other boxes, buried and hidden well away from curious eyes. The words inside words broke my heart. Reading them took me back to some incredibly dark and difficult times, and rather than feeling relieved that these were experiences that I was no longer living, the sadness I felt that I had lived them at all, weighed heavily.

That night I couldn’t sleep. Not just because the memories felt real and painful as I relived them, but I thought about what those words would mean to my children if they ever came across them, if they read the things their mother had lived through and not breathed a word of. I thought not only about them reading them now as children, but as grown adults, much later in life, after I have gone. These journals had helped me through things I hadn’t wanted to or felt able to talk about. They had served their purpose. Was there any point in keeping them now? Today I dug them out again. This time I didn’t look at the words inside, but instead I tore at them. I ripped and shredded each one until my hands were sore and the books were empty, until all that was left was the hard, outer shell. I tore them into tiny pieces and dumped them in the bin. Some words don’t need to be seen again.

Keeping a journal is something that is such a part of my life that I can’t ever imagine stopping; I will always have a notebook and pen with me to jot down thoughts, ideas, ambitions, plans and to-do lists, as well as the thoughtful stuff. That’s what our lives are made up of, we are all of these things, and writing down my thoughts and experiences is not just personal, it’s become my career.

Some of our jottings will give us the same joy and rush of warmth of an old photo or hearing an old song; they will take us back to a time in our lives that we had long forgotten. But others don’t need to see the light of day once their work is done. They are our words, our experiences, and just as they provided solace at a time of need, their destruction can provide an equal release.

A journal is a deeply personal log of our lives; they are where we speak to ourselves about ourselves. They are our keeper of dreams and our holder of secrets. And what we decide to do with it, whether to keep and re-read or destroy and move on? That’s up to us too.