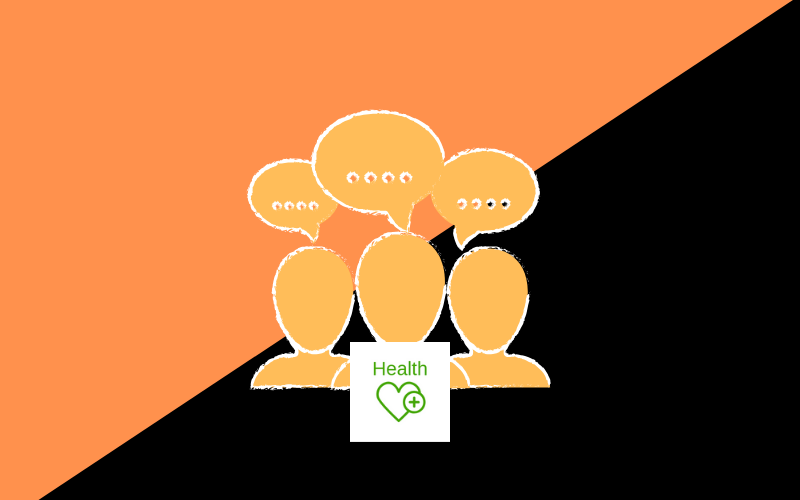 Having a chit-chat. Getting the goss. Shooting the breeze. Whatever you call it, there are a million and one ways to talk to people, especially when you’re not talking about anything in particular. It’s normally filling time or an awkward silence while you wait to do the thing you actually want to do – whether it’s making a cup of tea at work with the slowest-boiling kettle in the world or wishing your child would get a move on so you’re not standing alone at the school gates next to other mums. These things are either cues for bright conversation or the longest, widest, slowest moments in the history of time.

Sometimes you need someone else to take the lead, and that’s what Time To Talk Day is all about. With mental health finally being recognised as important as our physical health, it is becoming easier to open up about things that most of us would have kept under wraps.

When I wrote about how I struggled mentally over Christmas, the words flowed out of me at 3am during yet another sleepless night, and while I felt better for having written them, I was unsure about whether I would ever let anyone else read them. I didn’t want to be judged and I was worried about what people would think about me. I don’t just have wobbly moments at Christmas, it just happened to come out then; I can have moments like this at any time of the year, and my way of dealing with it is what it’s always been – put my head down, keep going and cope as best I can until it’s all over.

What’s interesting is when my mental stress has shown itself physically, I feel less guilty about having to stop. When I get a painful rash across my body, fibromyalgia so painful I can’t bear the weight of clothes, migraines – these things force me to stop, crawl into a dark room and lie down until things get better. It has taken me years to realise that the ‘getting better’ starts in my head, not my battered body. The laying down and resting lets my whirring brain stop for a while, which allows everything else to ease. But I wasn’t raised to say ‘my head needs a break’ – not many of us are. I was raised to keep going until I physically can’t any more. Physically can’t – mentally didn’t come into it. It was a different time, and people didn’t know any better.

As adults, we now do, even if we don’t always apply it to ourselves. We know that we should be accommodating and kind towards anyone who is struggling. Encouraging people to talk more is a good step, but it can be intimidating to step forward. What if it doesn’t go well? What if your friends don’t want to know? What if your boss doesn’t think he can rely on you anymore and it puts your job at risk?

These are normal concerns that we all have; and for understandable reasons – with one in four people experiencing a mental problem in our lives, 9 in 10 say they have faced negative treatment from other people as a result. 9 in 10. That’s terrible. And it’s why having a day like Time To Talk Day in schools, the workplace and community centres is so important, because it lets people know that where they see the posters and banners, people are receptive to hearing what they have to say. It’s a signal.  As Jo Loughran, Director of Time To Change says: “Mental health problems are common and can affect any one of us, yet too often people are afraid to talk openly about mental health for fear of being judged. There are lots of ways to have a conversation about mental health. And you don’t have to be an expert to talk. Whether you’re talking on a walk, or listening over a cuppa, your chat can make a big difference.”

So if you see someone and you think they’re a little quieter than usual, or you’ve noticed a change in someone at work, put the kettle on, and while you’re waiting that longest time for it to boil, ask them how they are. A simple ‘How are you today?’ and letting them know you’re ready to listen to their answer can be all they need to hear.