Skip to content
PrevPreviousI couldn’t possibly do that… could I?
Next12 top tips to improve your memoryNext 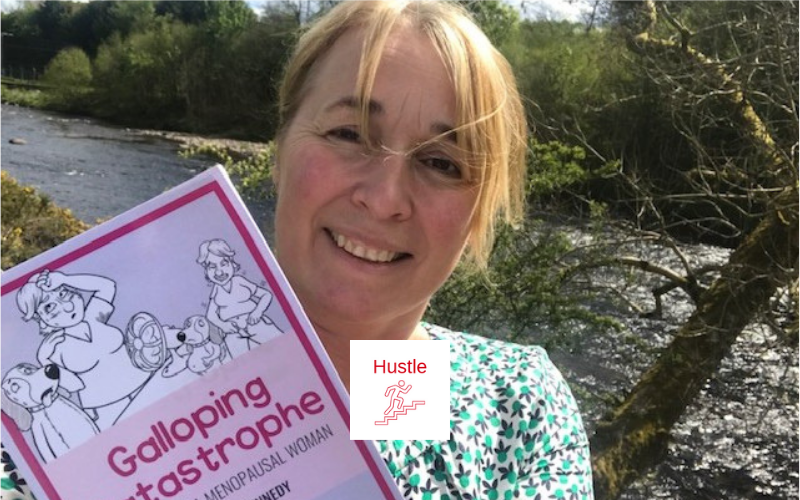 Want to be a published author? Here’s how…

I’ve been dancing around singing Paperback Writer by The Beatles for the last couple of days.  My very first paperback was published last week and is now on sale on Amazon and I am still on something of a high.

Almost everyone dreams about writing a book, and I’ve been asked a lot how I went about it.

My book Galloping Catastrophe: Musings Of A Menopausal Woman began life as a Facebook post.  I was having a rubbish time with the menopause and stuck a post about it on my page.  It was picked up and shared and liked hundreds of times, and a friend suggested I should start a blog.  I didn’t have a clue how to do that but with the help of Google I figured it out and my blog Is It Just Me? went live a few weeks later.  I remember the excitement of realising 1000 people were following me.  Then the disbelief as the numbers shot up and up – hitting 33,000 followers within a year. It was thrilling but nerve-wracking.

It was great training with instant feedback – some posts received thousands of views and likes and shares – some very little.  People commented on what they would like me to write about next.  It was an excellent way to understand the market I was writing for.

Then someone said – why don’t you do a book?  And I got quite excited and decided to take a week off work to write said book.

Then I hit a brick wall. My first writing day was supposed to go like this:

·      10am:  Get out of bed 2 hours later than planned – struggling somewhat without pressure of HAVING to be at work

·      11.30am: Go to another coffee shop and have a panini while gazing at my notepad and doodling and not really knowing what to write down.  Distract myself by scrolling through Twitter, Facebook, WhatsApp, e-mails and texts on my phone

·      12.30pm: Decide I need new clothes that befit an author and as am in town decide to have a look. Relish being in town on a weekday when it is so quiet.  Choose some lovely brown cords and a green silk shirt.  Debate over a smart blue beret but decide maybe too much.  Go home and put on my new clothes and feel very author like.  Try to decide what to wear at book launch.  Sit at laptop.  Feel panicked – not really sure where to start.

·      1.00pm: Friend calls and suggests lunch. Decide I should go out for a quick bite to eat and show off my new outfit.  Friend declares I look like a tree.  Am a bit deflated.  This was not the image I was going for

·      5.30pm: Roll home a bit pissed after several Jack Daniels and half a bottle of Sauvignon Blanc.

·      7.30pm: Wake up after having fallen asleep on sofa.  Watch Coronation Street.  Play on phone and google things like ‘how to become an author’ and ‘how to write’ and ‘writers block’

The next day was similarly productive, but without the alcohol as I was suffering hugely from a hangover. I called a therapist friend, who is four years younger than me, but is exactly the kind of woman I want to be when I finally grow up, for some advice. The conversation went a bit like this:

Therapist Friend: ‘How much effort do you put into your job?’

Me: ‘Well to be honest about 60% and that is really because I would probably get sacked otherwise and then would not be able to buy a lot of shoes – though I was thinking actually I have a lot of shoes and I was going to talk to you about career changes in later life … so…’

Therapist Friend (interrupting): ‘OK – let’s stay on point for a minute – you’ve started going to the gym – how much effort are you putting into that?’

Therapist Friend: ‘And how much effort do you put into your friendships’

Therapist: ‘And how much effort are you putting into writing the book?’

In all honesty, I wasn’t putting very much effort into it. I mean I was putting loads of effort in terms of the dreaming about it – the thinking about it being on sale; the book signings; wondering how to get a slot at the Edinburgh Book Festival; the purchase of cute little notepads from Paperchase; considering who I might dedicate the book to – but the actual writing, not so much.

They say everyone has a book inside them.  I actually think most people have an entire library inside them.

If you want to be a paperback writer – go for it!  It’s a roller coaster – with plunging lows – but also with exhilarating highs. Galloping Catastrophe: Musings of a Menopausal Woman by Jennifer Kennedy is out now

PrevPreviousI couldn’t possibly do that… could I?
Next12 top tips to improve your memoryNext