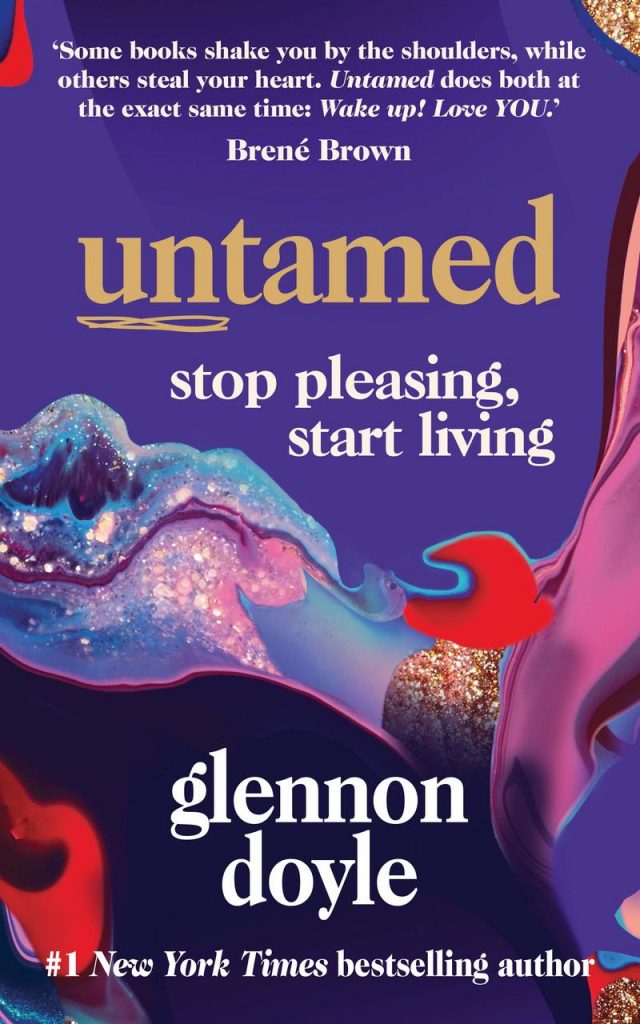 I came across this book because it seemed to be in the ether. This was just before lockdown, and I heard the author Glennon Doyle being interviewed on a podcast. I can’t remember which one, because she seemed then to pop up on a number of them after that – it was like I was destined to keep hearing her – so I decided to see what the fuss was about and got the book.

Untamed is autobiographical in that it’s all about Glennon’s life and her journey over the past few years to get her to where she is now. This is not her first time chronicling her personal experiences. She has written books charting the choppy waters of her marriage, dealing with infidelity and sense of self many times before, but this book sees her make her biggest life change thus far; one which takes her completely by surprise. She meets and falls in love with a woman, something which is described with simplicity and beauty.

The book is not simply about this, although obviously it plays a big role. The title itself ‘Untamed’ is the thread which runs through the book, and that’s the part I found the most fascinating.

It picks apart the idea that as women, the essence of who and what we are in this world, is dictated by those other than ‘us’. The world is a patriarchal place, where from the age of ten, girls are moulded into compliant, acquiescent beings; their essence, their ‘wildness’ tamed.

Some chapters are more like essays, digging into this thought process, mulling it over, while others use her personal experience to flesh it out. It’s an interesting viewpoint, and there are many ‘I hadn’t thought about it like that’ moments throughout the book.

I found it interesting from many angles, not least as a parent and wife navigating the complexities of blended family life! As a woman with a fair amount of bumpy life experience under her belt, I definitely know what it feels like to be ‘tamed’ and I will be taking some of Glennon’s life lessons into my own in future

Join the club
Buy the book